“Art changed my life. I found in it a refuge, a way to express myself with total freedom and also, that what I do can reach other people, and perhaps in some cases, help them as much as it helps me”.

Roser Saló is a multidisciplinary artist with theatre and music as the backbone of her creations.

Since she was a child, she has shown great interest in art and began to explore it through music, specifically with the piano. An instrument that accompanies her from the beginning and that over the years becomes the basis of her experimentation in the field of music.

Later she discovered her passion for theatre, which became the centre of her artistic career. He began his training at the Aula Municipal de Teatre de Lleida and later studied professional theatre at Plató de Cinema.
Theatre is the axis of his artistic creation, where he tries to mix other arts which are part of his environment, such as music, always starting from the basis of experimentation and encompassing it in performative art. After making different theatre productions with the directors Eduard Muntada, Juan Carlos González, Jorge Salinas, among others, he decided to delve into the theatre more focused on performance, studying a master’s degree in physical theatre with Mai Rojas. It was there that the theatrical project “Balada para una noche de luna llena” was born, a production centred on movement and gesture, experimental and of the director Mai Rojas’ and the whole cast’s own creation.

As time went by, his concerns increased and he decided to make his first film production in the form of a medium-length film, focused on total art with the help of the artist Natàlia Gómez. Nemesis the ringing void takes audiovisual form but approaches the total work (Wagnerian concept) by mixing different artistic disciplines such as sculpture, music, performance, etc.

It finds especially in music and movement (gesture) a way of expressing itself very different from words, where what is wanted or can be transmitted takes another dimension, more universal and closer. To produce something in others, be it to move, to make people think, to question or simply not to understand, are some of her creative axes in her works.

Universal themes, where people can identify in one way or another. Everything has a meaning, nothing happens just for the sake of it and everything is casually related. 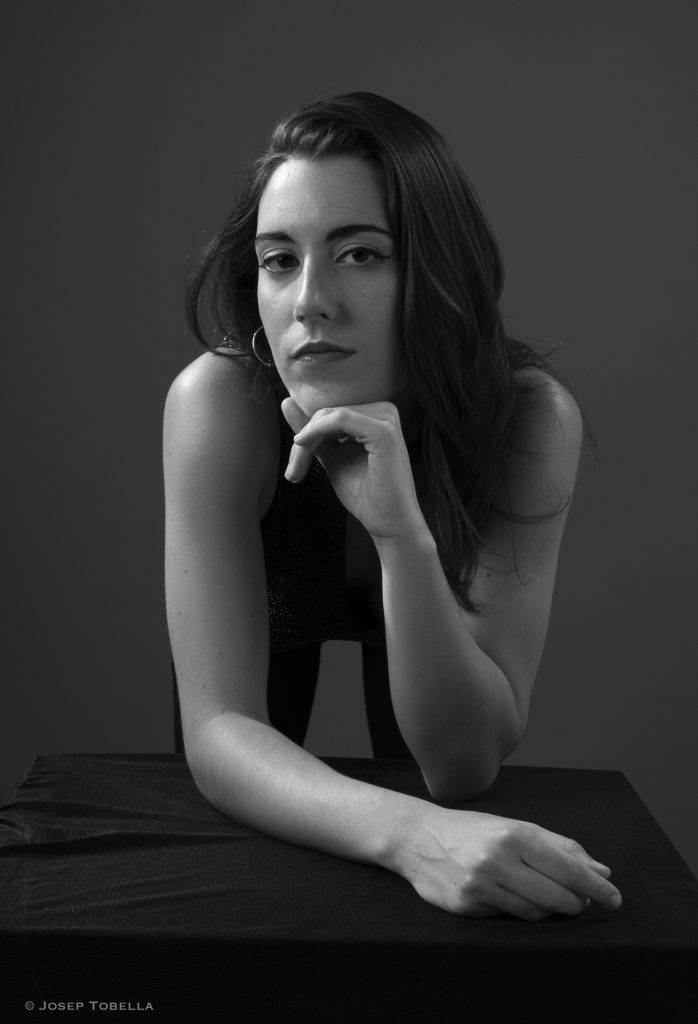 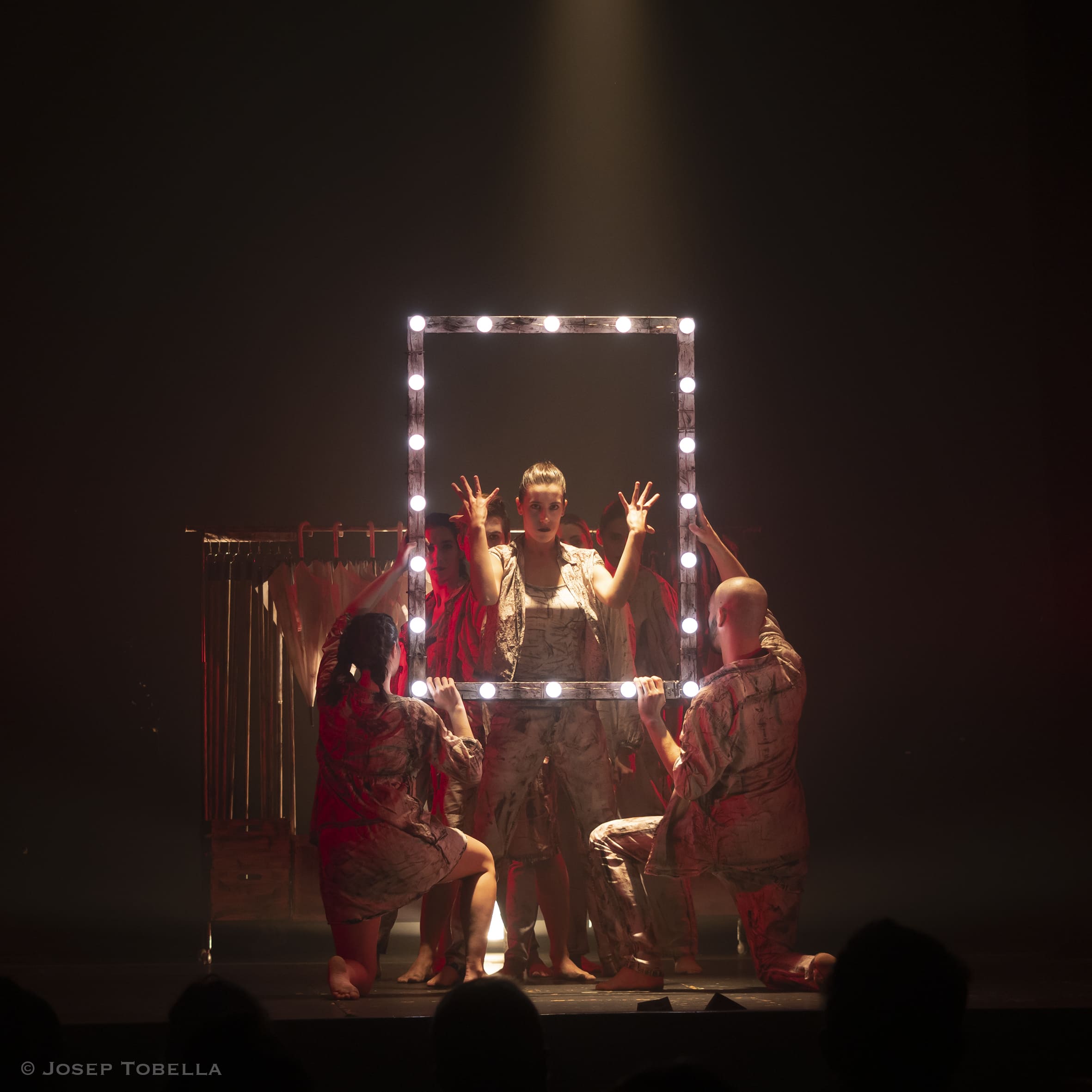 I have always been in constant movement, training and learning, both theatrically and musically. For me, the art of interpreting is based on life experience and on knowing how to nourish oneself with the baggage that this gives us. This gives more sense and credibility to the interpretation.

I began my artistic studies at the age of 5 with the piano, in different music academies in Lleida, where I learned harmony, musical language, technique and musical interpretation. Later on, I began my studies in theatre acting at the Aula Municipal de Teatre de Lleida and later I studied acting at Plató de Cinema, Barcelona.

At the same time I joined the company Teatre del Talión, with which I have been touring around the country with different plays since 2017.

When I finished my professional training I did different courses specialising in vocal technique and acting and later I decided to specialise in physical theatre. We created a company, Plató Physical Teather BCN, where the show “Balada para una noche de luna llena” was born, directed by Mai Rojas, and which we premiered in October 2020 at the Almeria Teatre, in Barcelona. Subsequently, it will be re-released in January 2021.

The concerns as a creator have been increasing until January 2021, when we created with Natàlia Gómez “Nemesis – the ringing void”, an experimental silent film that aims to search for performance within cinema and reach total art.

After this own production, we presented in the Premis Barcelona 2020 the second film of the Nemesis series, “Nemesis – engraving a woman’s shadow”, a film proposal that deals with the female figure during its history and the stereotypes imposed by society and consequently the patriarchy.

In the middle of 2021 I finished the dramaturgy of the play “Les veus que no callen – Fragments d’una dona”, and at the same time I created the company “La Metartmorphorica”, a hybrid company that seeks to break the standards of theatre.

Today I continue to train as a pianist with Maria Ivanovic, pianist and concert pianist.